Do you want more customers?
Yes, I Want More Customers No, I Have Enough Customers

Most sales trainers and experts agree that the best sales reps prospect fearlessly. But what “fearless” truly means is up for debate.

To me, being fearless doesn’t mean plowing past a prospect’s objections and desperately trying to turn their “no” into a “yes.” Instead, true fearlessness is accepting the “no’s” with just as much grace as the “yes’s.”

If a buyer doesn’t want to talk to you for a half hour, you can’t and shouldn’t make them. Your determination to get one particular prospect to agree to a meeting means you have less time to find five new prospects who would welcome your invitation.

Once you have the right conception of “fearless” prospecting, use the following one-liners to grab your prospects’ attention and entice them to take another call with you. Some buck conventional sales wisdom, but I guarantee you’ll blaze through your call list with increased speed and effectiveness if you give them a try.

Prospects often perceive a sales rep’s friendliness as familiarity, and this can confuse them. Have they met you before? Do they know you from somewhere? They’ll likely spend the first minute of your conversation wondering if and how you know each other. But when it becomes evident that this is a sales call and the rep is in fact a stranger, they can feel tricked and become angry.

Take the guesswork out of your intention by stating up front, “We haven’t met before,” or “I don’t know you.” This sets the prospect’s expectations and ensures they don’t feel like you might be bamboozling them. In the long run, being straightforward and honest is always better than relying on cheap tricks to generate buyer interest.

2. “This call will take three minutes.”

During prospecting calls, many reps say something along the lines of “this call will only take a few minutes.” But, that lack of specificity can be a red flag to prospects. They know that “a few minutes” doesn’t actually mean a few minutes — it means however long they’re willing to listen to you talk.

Set a clear finish line so the prospect isn’t desperately trying to think of a way out of the conversation while you’re talking. A time limit allows the prospect to concentrate on the content of your speech because they know they won’t be on the phone long.

In addition, this keeps the conversation brief. Shorter, more frequent touches are always better than longer and less frequent contacts in sales.

Use this phrase to start a conversation with the prospect. Or say something like, “This is my first call to your organization and I’m not sure where to start.”

Not only does this disarm the prospect, but it also sets the expectation that you need their help. You let them decide whether to help you or not. If they don’t, it lets you know you should spend your time prospecting elsewhere.

Words like “help,” “lost,” and “start” are easy expressions to understand and connect with. It’s likely your prospect has needed help, was lost, or had trouble getting started with something — this is a great way to connect with them.

Sales reps should research their prospect’s organization before a call and demonstrate that knowledge while on the phone. So why would you tell your prospect “I don’t know much about your company?”

The answer is simple — prospects respond more positively to curiosity than credibility. Every sales rep strives to portray themselves as an expert, but not many take on the role of a curious student. And the latter approach is often more appealing to buyers.

Just make sure to follow this statement up with an insight that shows off your knowledge. For example:

“Now, I don’t know much about your company, but I noticed that you just launched your third software release this year. What have the results been like?”

Sell the prospect on your curiosity first, and then demonstrate your credibility. This will earn you more interest than the other way around.

5. “Our companies have spoken in the past, but I haven’t reached out before. I’m trying to decipher the notes from the previous account manager who spoke with you.”

This comes in handy when you’ve inherited an account from someone else and you’re not sure where to start. And it can be used if your company has had a prior relationship with a prospect’s company.

Similar to the previous phrase, you’re relying on the customer to help you out. Frame it in a way where you’re seeking assistance from them and express your genuine interest in learning more about the company.

6. “I’m looking to get more detail or background about your executive and what they like or don’t like about sales calls.”

If you’re talking to an executive assistant, ask them about what their executive is expecting from a sales call. You could even add something along the lines of, “I’m doing my prep to understand exactly what they’re looking for.”

Not only will you build a connection with the assistant, but you’ll have an idea of what you should include or avoid when speaking with the executive in a future sales call.

This question puts some distance between you and the sales process. You don’t want to jump into a pitch right away — that often turns a prospect off of what you might have to say. At the same time, you want to command their attention and get them to focus on you.

The best way to do this is to ask a question or make an observation that’s independent from you. You don’t want to come out and say something like, “I saw your company does X. That’s great to hear because I have experience with X and can help you with that process.”

Instead, you should ask them something they’re qualified and excited to answer. Give them space to explain how their company operates. Start a conversation that you can ultimately direct toward your sales efforts — not one specifically about them, straight off the bat.

8.”I just read your article on X topic. Could you expand upon Y point?”

With this approach, you can show your prospect that you have an active interest in their space and company — but also room to grow and learn. You’re giving them the chance to help you through that process. By referencing a prospect’s content and questions that come with it, you’re setting the stage for a productive conversation.

This kind of question doesn’t necessarily have to be about the company itself. Businesses often produce thought leadership content for interested readers — writing about specific, relevant subjects because they care about and understand them.

If you allow them to explain topics, problems, processes, you can get them invested enough to ultimately hear what you’re trying to say.

Maybe you’re calling for a referral to the right person to talk with about your product. If the contact gives you the name and email address of the appropriate colleague, don’t drag the conversation out. Simply thank them, wish them a pleasant day, and end the call.

But you’re not done yet. After you’ve hung up the phone, pick it up again and call the same person back. When they answer (and it’s highly likely they will since you just talked with them), say the following:

“I’m sorry to call you back, but I forgot to ask you — why is John the person to talk with about this?”

I find that this two-call approach yields far more information than if the rep tries to cram all their questions into one long conversation.

Again, frequency trumps duration. Two five-minute calls are more agreeable to the prospect and more valuable to the rep than one half-hour long meeting.

Ultimately, grabbing a prospect’s attention isn’t a matter of bragging about what your company can do for them and immediately getting into the meat of your sales pitch. You need to reel them in with genuine investment and curiosity. Demonstrate sincere interest before demonstrating your comparative value, capabilities, or fit for their needs. That will put you in the best position to capture and retain their attention.

To learn more, check out these sales prospecting techniques you should be using next. And gain even more sales insight at YourSalesMBA® Blog and listen to the SalesMBA® Podcast.

Editor’s note: This post was originally published in May 28, 2019 and has been updated for comprehensiveness.

Do you want more traffic? 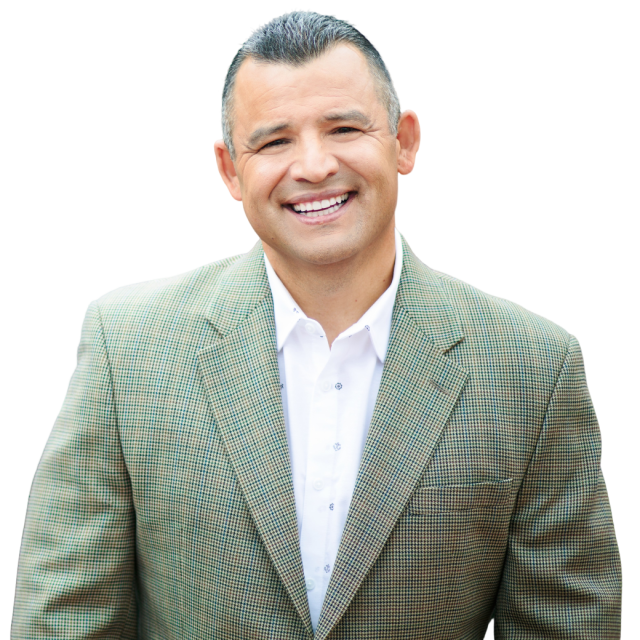 We believe that it is our friendly and innovative culture that leads to great ideas and breakthrough marketing strategies. We value and actively seek to help our clients create the ‘impossible’ through effective marketing grounded in time-proven methodologies. 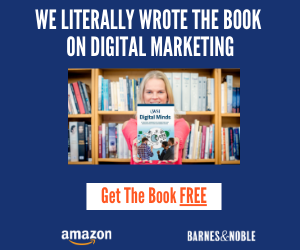 Do you want more traffic?